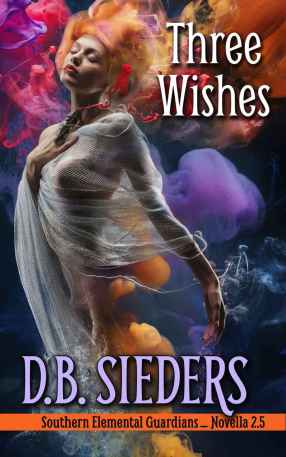 Teaser Tuesday sneak peek at a novella in progress featuring the heroes from the Southern Elemental Guardians series!

SPOILER ALERT – If you haven’t read Lorelei’s Lyric or (especially) Crosscurrents – be warned!

A Sylph, a Merman, and a Rock Star get into a car…

It was the Sylph’s idea—a guy’s trip to Las Vegas before Paul Pulaski and Vance Idol say goodbye to bachelorhood forever. Bruce has big plans to show his buddies a great time while having a little fun of his own in Sin City.

Mischief and mayhem ensue when the trio hit the tables, the strip, and get roped into a surprise performance at the Bellagio that gives Cirque Du Soleil a run for its money. But when Bruce gets them an audience with a bona fide Genie, will their wishes come true, or will demons past derail their happily ever afters permanently?

If you like what you read, grab a copy of Lorelei’s Lyric and Crosscurrents! Better yet, if you’re willing to leave honest reviews on Amazon and Goodreads, I’m giving away review eBooks for FREE until the end of the month. No strings. You agree to read, review honestly—no pressure from me for a specific star rating or review content—and you get free books. Fair, honest, and I get a boost in my review numbers for better visibility on Amazon and iBooks.

Vance Idol had seen some weirdness in his day. Oddly enough, the weirdest had been while he was sober.

But standing in his driveway with his soon-to-be brother-in-law, a guy who’d recently discovered he was a merman, and staring at Bruce the winged freak as he beckoned Vance and Paul to hop in a 1969 red Mustang?

This rock and roll life just got a whole lot weirder.

“Birdboy, do you even have a license?” Paul Pulaski, merman/future bro-in-law, appeared to be taking it all in stride. Maybe Paul hadn’t yet experienced one of Bruce’s “thrill rides.”

Bruce put a hand to his bare chest in mock indignation. Must’ve forgotten his shirt. Again. Either that or he just wanted to show off. Exhibitionism was his middle name. “You wound me, Flipper boy! I’ve been driving since cars were invented. Mustangs are my fave!”

Vance sighed. “Can I assume there’s enough space in there for our bags and my guitar? Looks a little crowded with the wings and ego.”

Bruce popped the trunk, hopped out, and started grabbing bags and tossing them in back. Vance held onto his guitar. Not that he didn’t trust the Sylph…mostly—after all, Bruce was an elemental guardian of air and wind. No matter how hard he threw the bags, enchanted air would soften the blow and protect their breakables. But his custom-made acoustic embodied his livelihood and his second greatest love: music. It had been gifted to him by his greatest love. Lorelei, Siren of the Rhine, had saved him from his demons and brought him back to sobriety and life. For reasons he still didn’t fathom, she loved him and had vowed to spend eternity with him.

Which meant he had eternal life so long as he honored her love and returned it.

Well, that wasn’t so tough, the love and fidelity part. Keeping his demons and bay, the ones that told him he didn’t deserve her? Yeah. Tall order.

“What are you waiting for, Idol? A gold-embossed invitation? No, wait, you’d want platinum, like your albums.” Bruce grinned like a freakin’ giddy schoolgirl. A six-foot-something schoolgirl sporting brown-feathered wings, yellow eyes, and those damned buckskin pants that blended in exactly nowhere.

“You’re going like that?” Vance asked, pointing at the pants. “If so, can I assume we’re hitting pride week out west or Comic Con? You’ll make the other cosplayers green with envy even if they don’t know what the hell you are.”

“Give it a few centuries, former mortals, and you’ll become as fashion savvy as yours truly.”

Yeah, Bruce could put the “fairy” in Fae. The guy always seemed comfortable in his own skin—shirtless and leather clad. And he’d lived long enough to try anything and anyone. Forget pansexual. The giant eagle dude was fucking omni.

Not that it mattered. They were all practically brothers. Besides, he’d never make a pass at Vance or Paul even if they weren’t. Between Lorelei and Ilsa, Paul’s fiancée and Lorelei’s sister, the Sylph wouldn’t live long enough to regret it. Plus Bruce was cool. Not that Vance would ever admit that out loud. The guy already had an ego the size of Montana.

Bruce chuckled. “Oh I’ll blend where we’re going. But don’t worry, I’ll be sure and make myself look like a respectable mortal man before we arrive. Now, put the guitar in the trunk, put your ass in the seat, and let’s get going.”

After Bruce jumped back in the driver’s seat, Paul turned to Vance and asked, “Do you have any idea where this crazy fucker’s taking us?”

Vance shrugged. “Not a clue. Just go with it. He’ll never shut up if we don’t.”

Paul’s eye twitched and his jaw clenched. So much for taking things in stride. Interesting. Yeah, maybe Pulaski hadn’t quite forgiven Bruce yet. Could still be harboring some jealousy over the fling Bruce had with Ilsa—before she met Paul. Some guys had trouble letting go of the past.

And Pulaski had his own demons. Different flavor than Vance’s, but maybe as tough to wrestle.

Shit. If they survived this guy’s road trip, it would be a damned miracle.

But you know it’s going to be one helluva ride.

Pulaski called shotgun. Just as well. Vance slid his guitar case in the back and then planted himself on the smooth, black leather seat. Bruce had great taste in cars. He’d give the birdman that.

“Seatbelts, ladies,” Bruce said, fiddling with the console until AC/DC blared from the speakers. Apparently birdman had great tastes in music, too. This road trip might just turn out all right.

Paul groaned. “Why do we need seatbelts? We’re all immortal.”

“Because I said so. Because it’s my car. And because even immortals get big boo boos when they fall out of the sky.”

Fall out of the sky?

Bruce gunned the engine and the car took off. Literally. Vance yanked his seatbelt over his shoulder and buckled the damned thing just as the car went airborne.